Best price guaranteed - get up to 15% discount!

The house at 2, Szczepański Square was erected in 1908 as an investment of the Krakow-based entrepreneur Jan Wolny. The new structure was completed by the end of the year and open for use the following year.

An interesting element of this part of the building was a glass-fitted veranda. At the time, the former so-called “Palm tree room” in the fourth floor worked as an art studio of the painter Alojzy Siwecki. 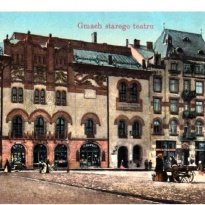 Jan Wolny House is a reflection of the growing fashion for stained glass in Krakow in the period of Young Poland. Up to this day five large compositions created at the time when the house was built have been preserved.

Exceptional among them is the stained glass image over the entrance to the gate. The upper line of the ribbon contains an inscription: “HERE ONCE STOOD THE PARISH HOUSE.” It was completed with an inscription on the bordure stating: “OF THE CHURCH OF ST. STEPHEN A.D. 1909.”In 1989 the stained glass elements were thoroughly renovated. The signatures are not preserved, which at present makes it difficult to establish the authorship of the original works. 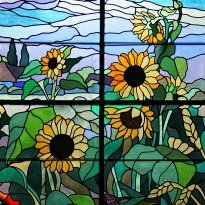 In a very short period of time Jan Wolny made an amazing career in Krakow. In 1907, as a fulfilment to this rise in prestige, he became the head of the Guild of carpenters and coopers, as well as he was admitted as an official of the House of Crafts and Industries in Krakow.

A year later he became also an alderman of the Krakow Council. In the early 1920s Jan Wolny was also a leader of the United Residents Society, an organisation that joined Krakow-based craftsmen and entrepreneurs. At the same time he was one of the founders of the Cooperative Bank for crafts, industry, trade, and agriculture. In 1929 was chosen as a President of the newly formed Crafts Office in Krakow. The Great Depression reached Poland causing great damage to crafts and small businesses. These events took their toll on the health of Jan Wolny, who died of heart attack in 1936. After his death the company was run by his wife Natalia and the youngest son Jerzy Jan. 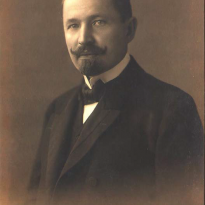 The tenement at 2, Szczepański Square was occupied by the Germans during the war. After the end of the war it worked as a storage for Stary Theatre, a function it has preserved to this day, for the first floor is still being used by the Theatre.

After the war Jerzy Jan Wolny has worked for the Jagiellonian University as a chemistry lecturer. Natalia Wolny died in 1966 in Krakow. Until this day the tenement remains in the hands of the heirs to the family. The history of Wolny family is an exceptional testimony to the social and economic changes of Krakow in the early 20th century. Krakow, a small and relatively poor city, faced at the time a chance for a rapid development, which brought effects in the form of works of architecture such as the representative tenement at 2, Szczepański Square. 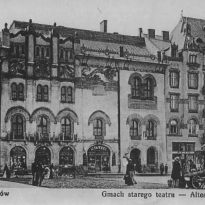 In 2011 the elevation of the building underwent a major renovation, which was subsidised by the municipality of Krakow. Two years later the roof was also reconstructed.

The conservation works were supported by the National Fund for the Revalorisation of the Monuments of Krakow. 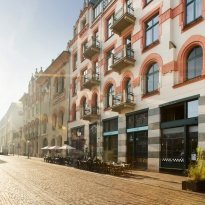 The tenement is still owned by the family, the heirs to the Wolny fortune.

At present it hosts a family company that rents apartments - Antique Apartments, while the ground floor hosts a French bakery, a restaurant and a bar.